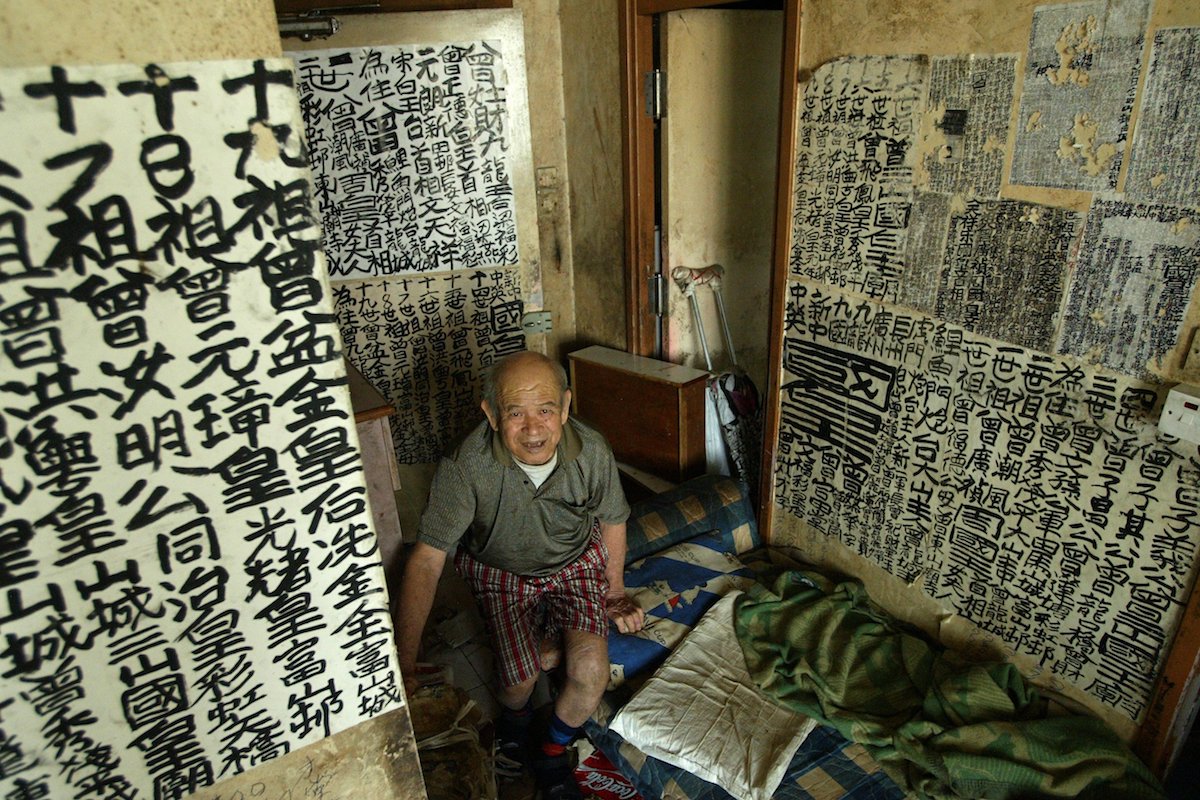 Tsang Tsou Choi (aka ‘King of Kowloon’) was born in Guangzhou in 1921, and travelled to Hong Kong as a poor, barely literate teenager. After discovering some important ancestral documents, Tsang claimed that the land of Kowloon belonged to his family, thereby adopting the title ‘King of Kowloon’. Over the years, Tsang has created his own graffiti-style calligraphy, using the Chinese traditional ‘Four Treasures of Study’ (文房四寶) brush and ink to write on public objects such as walls, bridge piers, traffic light control boxes, and lamp posts. His graffiti is primarily a political indictment of the colonial system, with a secondary focus on the emotional expression of his ancestors and family members.

Although Tsang’s actions have been interpreted by the public as a sign of insanity, his perseverance has finally gained him recognition, and he has evolved to become not only a respected street artist, but also a folk hero for Hong Kongers. In his work, family and ancestral ties play an important role; in order to prove his lawful inheritance of the land in Kowloon, he frequently recounts his ancestry, stating his forefather’s names all the way back to the original landowners. Man Fook-Choi, his wife, also appears as ‘the empress’ in his paintings. See how through his writing and perseverance, he conveys a genuine and indomitable peace-loving spirit.