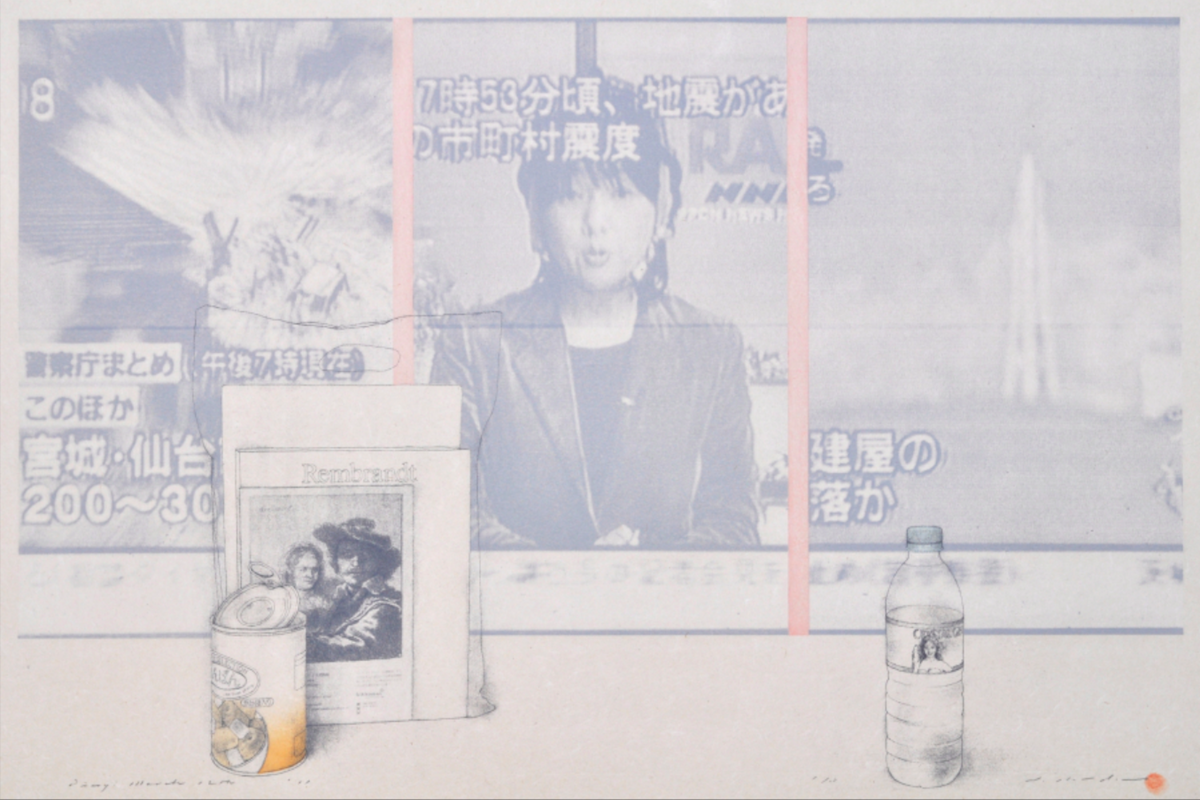 The exhibition showcases the celebrated Japanese artist’s life (born in 1940) in post-war era Japan. Through the use of photography, traditional Japanese woodblock painting, and eclectic methods such as silkscreen printing, Noda presents the ideological, social, economic, and artistic changes of the time while also depicting his everyday life from his friends and family to his plants.

Through Noda’s documentation, the viewer gets to witness the changes post-war Japan went through from a first-person perspective. The massive changes in the era are juxtaposed and contextualised with Noda’s friends and family, who are regularly featured in his works, as well as his plants and gifts, both received and given. The viewer gets a taste for the normalcy that exists at any point in time, and especially the idea that something that seems historic in hindsight doesn’t necessarily feel historic for someone like Noda, who just looks for the normal and simple pleasures of life.